In order to get those silk lines dry before adding new fat on those lines Hans Gebetsroither had to cast those lines in highest possible line speed, of course without casting tailing loops. For sure his clients wouldn't have liked to find any knot in their lines the next day.

Hans had the idea to perform inverted loops in his back casts and a standard loop in his forward casts. Later on his style was also called the oval cast by some fly fishermen. I prefer to call this style the Gebetsroither style. It was said that it is nearly impossible to cast any tailing loop with that style.

Paul and I did have a discussion if this would hold true. Personally I would not have disagreed with that statement based on having used that style for my fishing for about ten years starting 25 years back. So I am very familiar with that style. That style doesn't work very well for distance casting. But it is a great style for dry fly fishing on short to medium distances! I still very much like to cast that way, truly worth to learn it!

Paul started a thread about tailing inverted loops right here on the board. I also started a discussion on facebook. To my big surprise few people were (and are) on the same (my) page about what a tailing loop is!

For me a tailing loop is a wave in the fly-leg. No more than this. It doesn't matter how big this wave is or if seen from the typical side view it may look like it crosses the rod-leg like all "old school" definitions have stated for the tailing loop. If that wave in the fly-leg crosses the rod-leg or not will always depend on where you are standing relative to the caster anyway. The core trouble this loop comes along with, is the wave traveling down the fly-leg. That's for sure!

That wave happens when there is a dip in the accelerational tip path during the casting stroke. That dip to my understanding always takes place within rod plane (having the same orientation in the line and rod plane then unless we change rod plane after having formed the dip).

You may have a more detailed read about the causes for that dip here:

Of course I leave it to every instructor him/herself how you want to define a tailing loop. But you may want to think about this:

If you define a tailing loop to be a fly casting fault per se (an unintentional bad movement of the caster), than you always first have to ask the caster, if he/she does that cast on purpose or not. In my opinion EVERY cast can be used for good (on purpose) or for bad (usually unintential of course).

If you define a tailing loop to have crossing legs, you are going to see very few ones in your live. Most fly casters have slight to max medium sized waves in their fly-legs, usually not crossing the rod-leg. I hardly ever meet the "old school" tailing loops in my lessons! 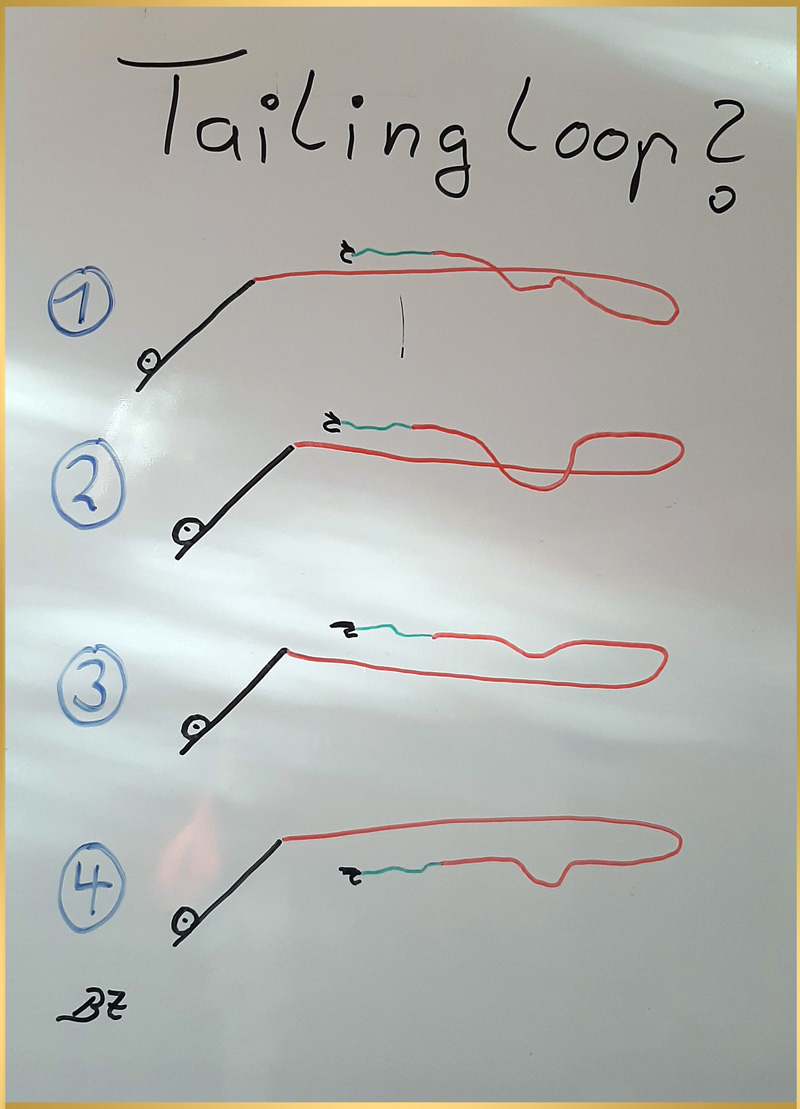 The answeres were pretty much everything. The only agreement was about Nr. 2 the old school tailing loop being one. For me those 4 loop shapes are all having a wave in the fly-leg and thus are indeed tailing loops done by a dip in tip path within rod plane.

Of course I was told that these loops are very theoretical. Fair enough I needed to prove to be able to shape them on purpose by slomotion video.

Here are some stills taken of some videos I shot.

Clearly it was pretty easy for me to shape an inverted tailing loop.

Also what I saw in all slomo videos perfectly matched the following drawings I made last week to explain how I understand the inverted loop and how a tailing might find it's way into them.

Lots of information about inverted loops and the nature of tailing loops. In regard of quite some comments I was reading I very much believe, that many instructors can learn a lot by studying all the details in this front page! Since Nr. 4 was even called to be an impossible loop, I obviously can shape impossible loops. ;)

By the way in my forward casts I love to use such inverted loops to position my fly far under the overhanging trees. Great tool for this situation!

Shaping inverted loops both in the forward and back casts is a great exercise for proper line control.

Great week to all of you - better stay away of all tailing loops. Of course when having a mask on, you obviously can't throw a tailing loop anyway!

P.s.: I appreciate, that I find quite some of my SL fp based thoughts and findings being adopted by some guy in Melbourne. I would even more appreciate not only to find my stuff, but also having given credits on your site my dear Mr. MH. Same with other author's stuff on your site.

My latest fishing as always... 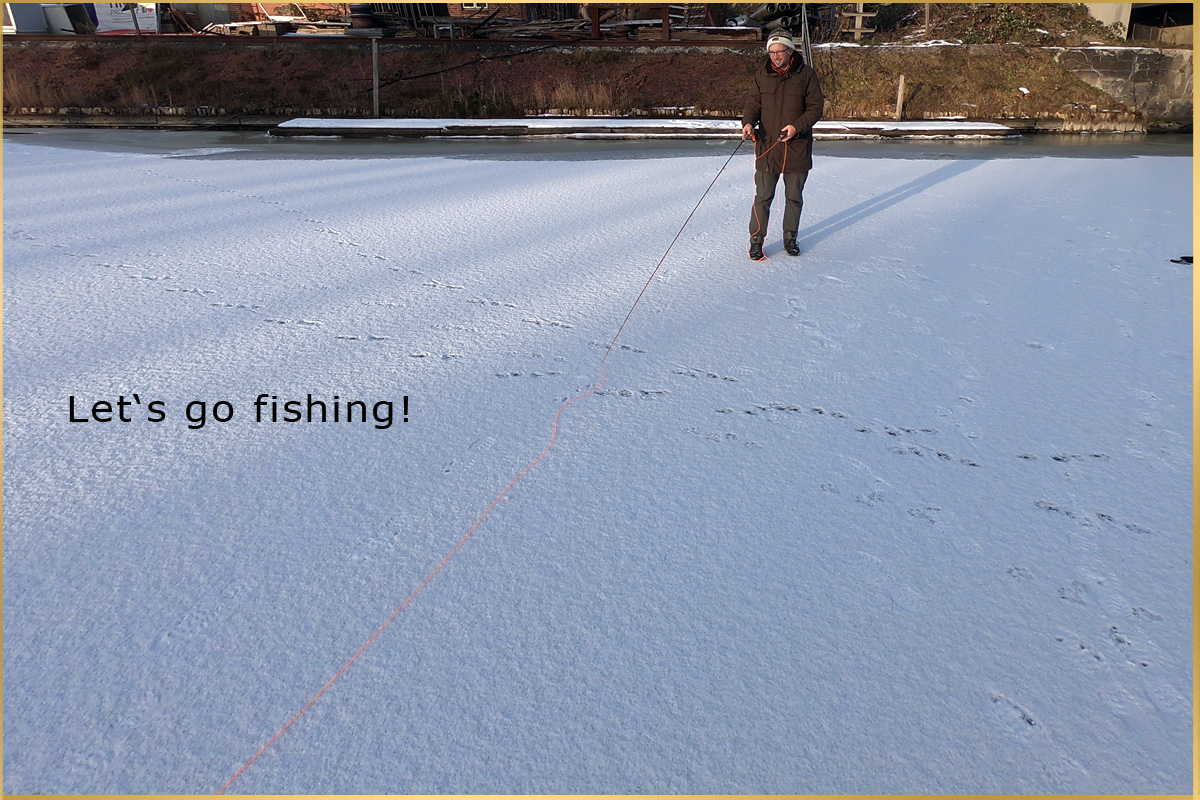